It will be modern, ecological and economical!

We have signed a contract for the replacement of lighting in the #Bogatynia Commune. We modernize lighting in the city and the commune - we will replace over 3,000 luminaires and over 8 kilometers of overhead line, install over 500 new poles and install a modern control system. The signed contract for the amount of PLN 9.4 million is a kind of financial security for the local government, which thanks to this modernization will save almost PLN 2 million a year. A fair energy transition starts today!

The investment, which is part of a partnership project of 6 municipalities of the region called "Modernization of street lighting in the western and southern parts of the Dolnośląskie Voivodeship", received funding from European funds under the Regional Operational Program of the Lower Silesian Voivodeship 2014-2020. The local government in Bogatynia, with the total value of the task of approximately PLN 9.5 million, received over PLN 6 million in co-financing from EU funds.

Modernization is aimed at, inter alia, reducing CO2 emissions, improving the quality of lighting and obtaining measurable financial savings due to the much lower energy consumption of modern LED luminaires compared to traditional sodium ones. These generated savings will allow for further modernization investments in the Bogatynia commune. Equally important, modern LUG urban lighting in line with the placemaking philosophy will improve the visibility of the dominant features of the urban landscape. Thanks to the best design practices, the city and the commune will gain a pleasant light that will improve the comfort of residents and visiting guests.

LUG street and park lighting also improves the safety of all road users - from pedestrian crossings, through parks, intersections and city squares, to the main city roads. In addition to immediate savings, the improvement of safety is the foundation of the work of LUG lighting designers. We are proud that another Polish city has chosen to cooperate with a leading Polish manufacturer of modern lighting solutions. Thank you for your trust!

Watch the video and learn more about the investment in the Bogatynia Commune: https://fb.watch/dlYWy6bP6f/ ! 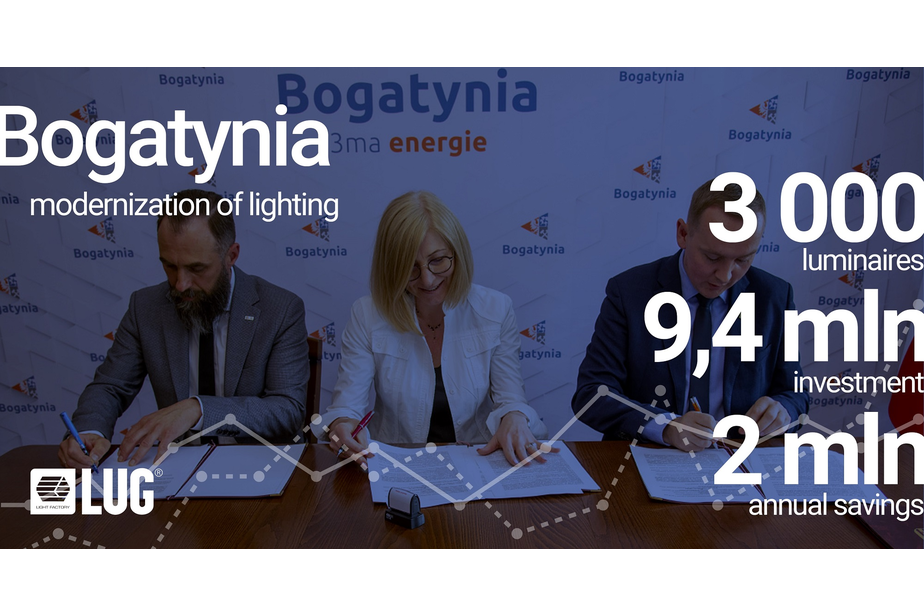 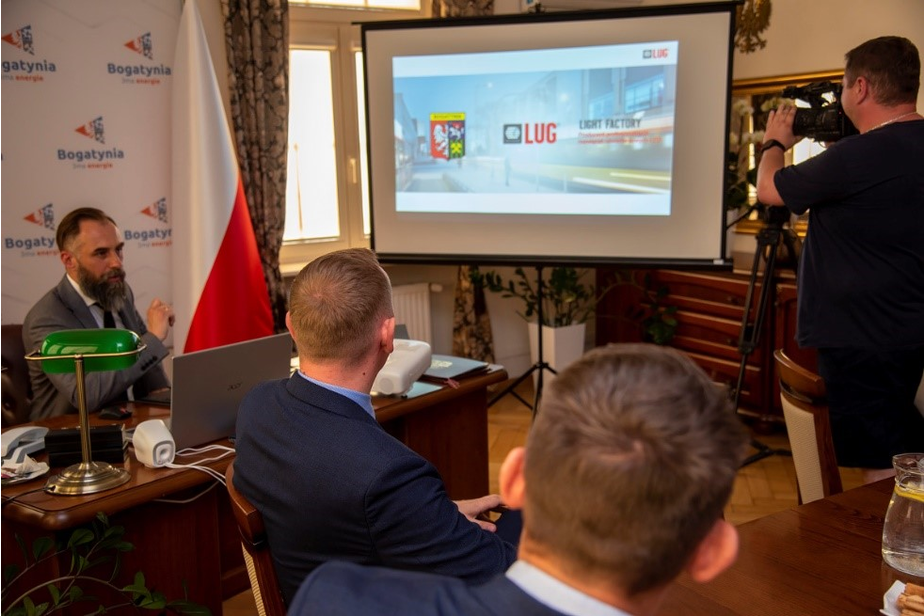